The Cranford Dramatic Club opens its 99th season this month with “The Wild Party.” It takes you back to 1929 in New York City; a time of Prohibition and vaudeville. Cranford Radio stopped by the theater as the actors, crew and director prepared for opening night on October 13. We spoke with Sean Lough, the director and performers Colleen Renee (Queenie), Shane Long (Burrs) and Elizabeth Allen (Nadine) to hear about the production. 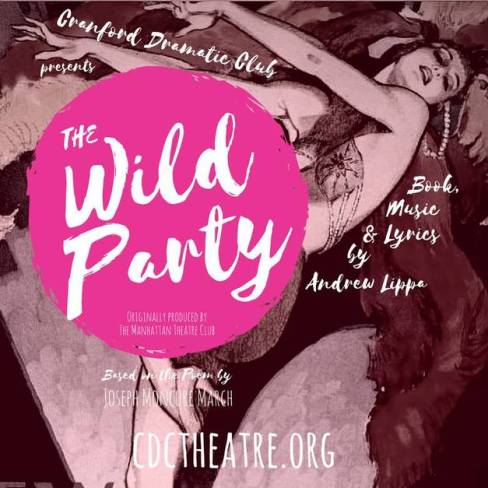