If you’ve had kids in Cranford schools or you attended them yourself, you know Cranford’s teams are called the Cougars. A big part of school pride is wearing the school colors of blue and gold and letting folks know you’re a Cranford Cougar. For nearly seven years Cougar Headquarters has been providing not just hometown clothing, but all sorts of local items as well as custom products. Donna and Scott Marino own Cougar Headquarters and RaeAnn Weaver is the store manager. In the latest Cranford Area Chamber of Commerce member profile, Cranford Radio spoke with Donna and RaeAnn and learned there’s more to Cougar Headquarters than just the Centennial Avenue storefront.

The Cranford Township Committee has made changes to the North Avenue Redevelopment Study concerning the properties that are a part of the study and the use of eminent domain.

The Trinitas School of Nursing held their graduation ceremony in Cranford on Sunday and the Knights of Columbus have made a donation to the Cranford Municipal Alliance.

Lots of sports action taking place at both CHS and Union County College and the weekend’s looking warmer.

You’ll hear details on these stories and weekend events in this week’s Cranford Radio headlines.

On Sunday, February 4, many Cranford residents will be sitting in front of their TVs watching the New England Patriots take on the Philadelphia Eagles in Super Bowl LII. Of course, what would the game be without some food?

For a number of years, Cranford resident Rich Pierce, his family and some friends have cooked up over 100 trays of chicken wings that are enjoyed during the game. While the wings are delicious that’s not what makes them special. A portion of the money raised goes to help a local family. It’s a story though, that goes back 16 years. Cranford Radio spoke with Rich to learn more about the project and its origins. 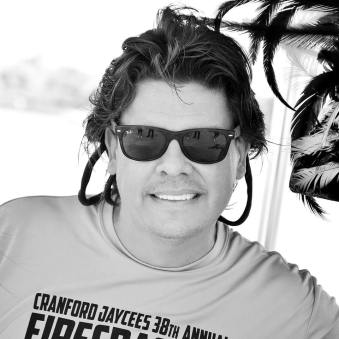 On Sundays you’ll likely find Charlie Cacici at Calvary Tabernacle on Myrtle Street in Cranford. He’s an evangelical minister for the church. At other times, though, he’s often at work at GEC Communities. There, the work he and his business partner Joe Battiato do focuses on saving a portion of the rainforest in the Democratic Republic of the Congo.

Joe and Charlie joined Cranford Radio for a discussion about their business and how a small company in Union County is having an impact in Africa. 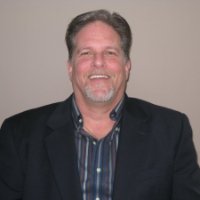 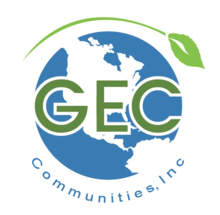 The past week was marked by remembrances of the Rev. Dr. Martin Luther King, Jr. Two highlights were Cranford’s sixth annual Day of Service which took place at the First Presbyterian Church on Monday and Thursday’s interfaith service at Trinity Episcopal Church. At that gathering, Kevin Mahoney was recognized with the Rev. Dr. Martin Luther King, Jr. Award for his work with the homeless.

It was a notable week for the CHS wrestlers, who won their fourth consecutive Union County Tournament last weekend. A number of CHS teams will be competing this weekend.

Cranford clergy members, township officials and members of the community gathered Thursday evening at Trinity Episcopal Church for the annual Cranford Community Interfaith Service. A highlight of the event was the presentation of the Rev. Dr. Martin Luther King, Jr. Award to Kevin Mahoney of St. Michael Church. Kevin was recognized by the Cranford Clergy Council for his volunteer work with the Elizabeth Coalition to House the Homeless, St. Joseph Social Service Center and Family Promise.

Following the service, Cranford Radio spoke with Mr. Mahoney about his work.

It’s one thing to read history in a book. It’s a whole other thing to have lived it. Rabbi Sidney Shanken served as the rabbi of Temple Beth-El in Cranford from 1957 until 1980 and he took part in two of the biggest historic events of the 20th century; World War II and the civil rights movement. Shanken flew 54 combat missions over Europe as part of the US Army Air Corps. After being wounded he returned to the States.

This was not the only time, though, he served his country. In the early 1960s, as legal segregation and discrimination were being fought, he again felt called. He traveled to the South and became a Freedom Rider and marched with Rev. Dr. Martin Luther King, Jr. in Alabama.

Cranford Radio had the honor of speaking with Rabbi Shanken as he recounted some of his experiences.

Dozens of volunteers turned out to assemble personal care kits and other items for the homeless on Martin Luther King Day at the First Presbyterian Church. Two of the organizers of the event, Janice Grevious and Cindy Hannen, spoke with Cranford Radio about the event what else will be happening this week.

A draft report on potential redevelopment of a section of North Avenue East in Downtown Cranford is the top story on Cranford Radio headlines this week. You’ll also hear about the Union County Board of Chosen Freeholders.

It’s a busy weekend for Cranford sports and the forecast shows early spring-like temperatures on Friday followed by a quick return of winter weather.

Among the events this weekend, you can pick up a used book at a great price at the Cranford Library. On Monday, make Martin Luther King Day a day to give back.

The Union County Board of Chosen Freeholders have elected Elizabeth resident Sergio Granados to serve as their chairman for 2018. At Sunday’s reorganization meeting, Granados outlined his initiatives for the coming year. On Thursday, he spoke with Cranford Radio to discuss them further.

Cranford Radio
Create a free website or blog at WordPress.com.